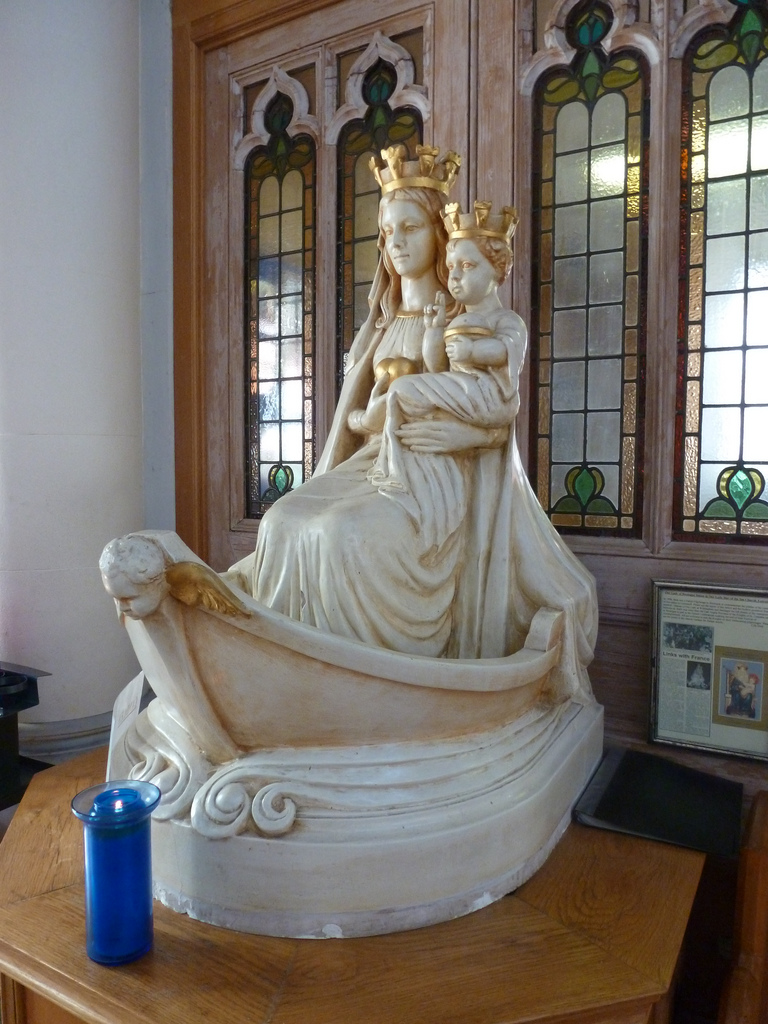 In 636, in the City of Boulogne-sur-mer, (Belgium), during Bishop Saint Omer’s lifetime, a few people at the seashore witnessed a mysterious boat or ship, birthing alongside an estuary of the Liane River. At first glance no one was seen and on climbing aboard, a man confirmed that the embark was empty of people and without rudder, oars or sails. The only thing found was a Statue of the Virgin and Child. On bringing the statue on land a voice was heard saying, “I choose your city as a place of grace.”

King Henry VIII is reported to have stolen the statue of Our Lady of Bolougne and taken it to England. After many negotiations, the French managed to get it back. The image had been stolen and hidden many other times, but always saved and returned.

World War II almost completely destroyed the statue. In modern times, four exact replicas of Our Lady of Bolougne toured France for more than seven years as a symbol of French devotion to Mary. One of these was taken to Walsingham, England in 1948 and carried in procession by the “Cross-bearing pilgrimate” when many other statues and images of the Virgin visited England.

Bologne was one of the most important Lady shrines of medieval France; among its noted pilgrims have been: Henry III, Edward II, the Black Prince, John of Gaunt.celebrated, that six French kings have chosen to belong to it.

At the French Revolution, the statue was burnt to ashes and the church pulled down. A new statue was made in 1803 and pilgrimages began again. The image represents the Mother with the Child in her arms, standing in a boat, with an angel on either side. At the Marian Congress in Bolougne in 1938, a custom began to take replicas of this statue “on turn” in France and abroad. A branch of the Confraternity of Our Lady of Compassion at Bolougne has been established for the reconciliation of the Church of England.

The sanctuary church at Bolougne was badly damaged during World War II, and Mary’s image smashed; but the return, the “Great Return” of one of the copies of the statue which had been sheltered at Lourdes, took place in 1943, and the occasion will long be remembered by lovers of the Blessed Virgin Mary. There is an ancient offshoot of this shrine at Boulogne-sur-Seine. 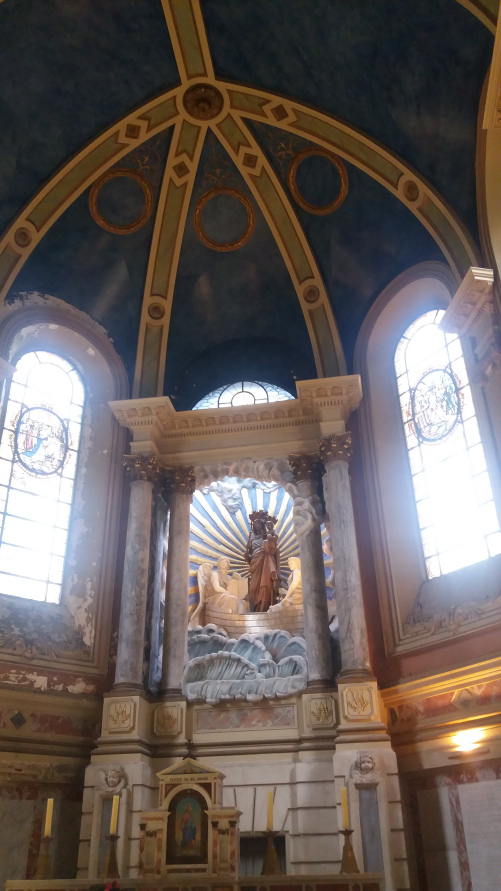