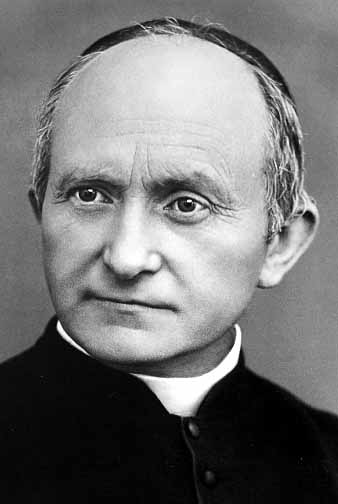 Arnold Janssen was born on November 5, 1837 in Goch, Diocese of Münster, Germany. He was the second child of the driver Gerhard Janssen and his wife Anna Katherina. Arnold grew up with 5 brothers and 2 sisters. His parents were devout Catholics. Father told his children about the needs of the Church in other countries, about the Mission in India and about the sorrow that the division of faith had brought about in Germany. In the evening the family prayed the rosary for all the needs of the world church. Each time that prayer ended with the beginning of the Gospel of John, "In the beginning was the Word, and the Word was with God, and the Word was God." His parents could not have suspected that this spirited and at the same time serious boy would become the founder of the modern missionary apostolate. He did know from an early age that he wanted to become a priest.

In any case, his parents ensure that he receives a solid education. For example, he studies philosophy and later theology in Münster and at the University of Bonn. His ordination to the priesthood took place on August 15, 1861, when he was just under 24. He dedicated the first twelve years of his priesthood to teaching. He teaches physics and catechesis at the Bocholt high school. It is during this period that his idea of ​​the need to share the Word of God continues to mature. A special love went out to the mission, which is why, during his time as a teacher at the Bocholt high school, he published a mission magazine ("Little Heart of Jesus messenger") for the recruitment of believers for prayer and in support of the proclamation of the Church. faith. In the meantime he is also a director and clergyman of the Ursuline monastery in Kempen and he is chairman of the diocesan Apostolate of Prayer.

Arnold Janssen sees how the Kulturkampf raging across Germany makes things difficult for the Church and ecclesiastical initiatives. His missionary heart beats even faster: in order to ever achieve a better world, not only in Germany, but all over the world, the Word of God must be proclaimed. In his missionary he advocates a seminary where diocesan priests are specially trained for this task. Quite a revolutionary idea at the time. In Germany he can forget it and so he crosses the border to the Limburg Steyl. There he founded the first mission seminar on September 8, 1875, because the need is great and the time is right. This later became the missionary congregation of the Divine Word (1885). This actually gave birth to the missionary congregation of the Divine Word, which received papal approval as early as 1901.

Knowing how important women are to the Church and the mission, he founded a female branch, the Congregation of the Servants of the Holy Spirit (1889). They mainly settle where the missionaries are already carrying out their missionary work. Later the closing sisters (1896) are added who are in constant worship. Arnold Janssen died in their presence in Steyl on January 15, 1909, aged 71. He was buried in Steyl. In the year of Arnold Janssen's death, 1,500 priests, brothers and sisters lived and worked in China, Italy, Argentina, Austria. Brazil, USA, the Philippines Chile, Japan and Papua New Guinea. Today, more than 10 thousand priests, brothers and sisters from all continents belong to this Arnold Janssen family.

On October 19, 1975, he was beatified by Pope Paul VI (1963-1978). On October 5, 2003, Pope John Paul II canonized him. A group of about sixty Dutch people, mostly from Limburg, attended the canonization of the German priest Arnold Janssen on Sunday in St. Peter's in Vatican City. Among the sixty pilgrims were the Limburg Queen's Commissioner, the mayor of Venlo and Bishop Wiertz van Roermond, who led the mass. Prime Minister Balkenende, who was in Rome for the EU summit, also sat on the steps during the celebration. “I am not a Catholic, but I am in awe of the Pope. I am also proud of what Arnold Janssen has done in the Netherlands and that is why I really wanted to be part of this ”, said Balkenende.

Arnold Janssen's canonization not only affects the community of the monastery village, but people are also becoming prouder by the minute in his birthplace Goch. With the canonization of Arnold Janssen, the diocese of Münster (to which Goch belongs) receives a saint for the first time in 850 years. Goch is currently being refurbished Janssen's birthplace. The house is located at Frauenstrasse 8, right in the center of Goch, a picturesque town of 34,000 inhabitants with a beautiful town hall and brewery house from 1500, a castle tower and its own museum. The stately, white house has been a monument since 1982 and is owned by the Congregation for the Divine Word. The upper floor with the former bedrooms is rented out. The ground floor is now being refurbished. In Goch they now say: "We have more at home here than Kevelaer, which is fourteen kilometers from here. They only worship a statue of Mary there. However, we have a saint".

In any case, the city of Goch is working towards the canonization of Arnold Janssen. The tourist office has four routes and activities on offer. The first three tours are for groups of up to 25 people. It concerns a tour of the birth house, a film about Arnold Janssen in the Museum Goch followed by a tour of sacred art, and a route through the city with a tour of the birth house, the church in which Janssen was baptized, a bust of Janssen in Adolf Kolpingstrasse and the grave of his parents. Finally, there is a full-day guided tour of Goch and Steyl (maximum 50 people). The city of Goch has also created an Arnold-Janssen Prize. It concerns a prize of fifteen thousand euros, which will be awarded to a person or institution every two years on his death date January 15. 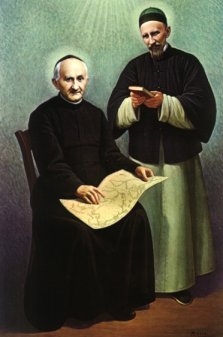 In the beginning was the Word 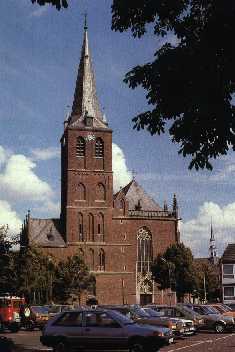