The forbidden Gospel of Judas Iscariot 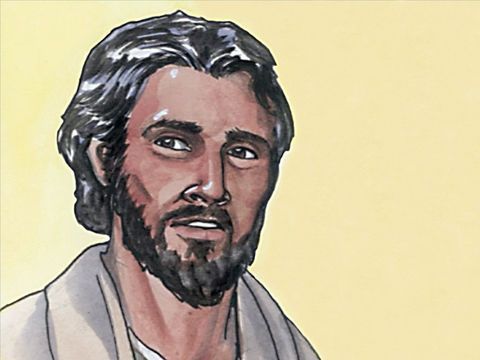 Rehabilitation of a Traitor

Nearly two thousand years ago, the Church of Rome forbade a writing with an explosive content. All copies of this document must be destroyed. In the desert of Egypt, far away from Rome, a monk hides one specimen in a cave. Recently this copy surfaced: the story about Judas, one of the most hated men in history. But now in his own words. Was he indeed a traitor or not? It concerned the so-called Nag Hammad scriptures.

The Gospel of Judas was found in an Egyptian cave in the 1970s. Until recently, no institution was willing to pay the exorbitant fee to examine the manuscript, because its origins were dubious. A foundation in Switzerland eventually bought the codex to publish its contents.

In 2006, "National Geographic" announced that the manuscript's age had been verified by radiocarbon dating and that it had been studied and translated by scribes. However, a third of the Gospel of Judas is missing or illegible.

This Gnostic gospel can probably be dated to the 5th century AD.

In the 1970s, the long-lost Gospel of Judas was found, which depicted Judas as an ally of Jesus rather than portraying him as his traitor. The document was certified as authentic in 2006 after investigation. The scientists involved have now announced that they have based this conclusion on an examination of a range of everyday documents, such as ancient Egyptian marriage certificates.

There are still countries where it is forbidden to name your child Judas. Partly thanks to this apostle, Jesus finally ended up on the cross. But after being labeled the 'icon of betrayal' for thousands of years, it's time for rehabilitation.
According to the Scriptures, Judas was paid thirty pieces of silver as a betrayal wage. That is very strange, because that piece of silver had been withdrawn from circulation 300 years before the appearance of Jesus.
Judas was one of the twelve disciples quite high in the organization. He was even treasurer.
In Luke 8:3 it can be read that the disciples of Jesus were financially supported by a group of rich women. If it had been Judas' concern for the money, he could have just run off with the cash.

Judas, the man who betrayed Jesus and helped lay the seeds for anti-Semitism, tells his own story in the text. A testimony that is diametrically opposed to the version in the Bible. Judas does not deny that he betrayed Jesus to his enemies. But… this had happened at Jesus' own request! Jude relates that Jesus called him to Himself and entrusted him with a secret: Jesus had planned His own crucifixion in order to complete His task on earth. In other words, Jesus wanted and had to be crucified. And Judas had to help him with this. In the Gospel of Judas, Jesus calls Judas His only true disciple. Judas was therefore not a traitor but the most faithful disciple of Jesus.