Antonina Jannuso and her husband Angelo Jannuso got married and went to live temporarily with his mother and brother in Syracuse. Syracuse is in Sicily, the large island at the foot of Italy. They were very poor. One of their wedding presents was a plaster plaque of Our Blessed Lady. This plaster sculpture, or plaque, which depicts the Immaculate Heart of Mary was mass-produced in a studio in Tuscany. When Antonia discovered that she was pregnant, her condition was accompanied by toxemia that expressed itself in convulsions that at times brought on temporary blindness. The doctors said that this was due to the difficult pregnancy and said that she had to go to bed and stay there. Antonia found her refuge in prayer. For which her husband mocked her.

On 29th of August 1953 she started with very bad cramps which lasted a lot longer than normal. The people who were with her wanted to fetch the doctor and her husband. Suddenly the patient became calm. Antonina suffered a seizure that left her blind. At about 8:30, her sight was restored. In Antonina’s own words:
"I opened my eyes and stared at the image of the Madonna above the bedhead. To my great amazement I saw that the effigy was weeping. I called my sister-in-law Grazie and my aunt, Antonina Sgarlata, who came to my side, showing them the tears. At first they thought it was a hallucination due to my illness, but when I insisted, they went close up to the plaque and could well see that tears were really falling from the eyes of the Madonna, and that some tears ran down her cheeks onto the bedhead. Taken by fright they took it out the front door, calling the neighbors, and they too confirmed the phenomenon…" 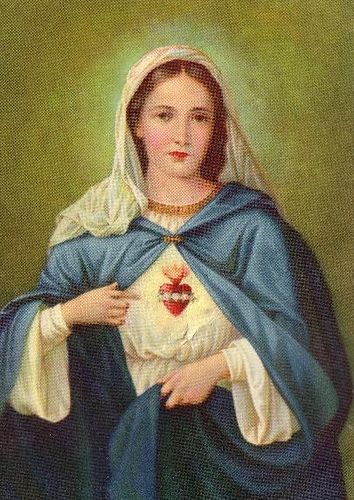 Her auntie and sister-in-law witnessed this miracle. All the other members of the family were called and also saw this miracle. Antonia stayed watching by Our Blessed Lady and for several hours she witnessed the miracle, whilst she tried to wipe away the tears of the Blessed Virgin. Firstly with a handkerchief and then with cotton wool. The Madonna was weeping for four days, from August 29 to September 1, on numerous occasions and attracted thousands of pilgrims in Syracuse. Three priests visited the home during this time. One of them notified the Chancery, which assembled a group of distinguished clergymen, four men of science and three reputable witnesses, to comprise an investigative commission. The commission gathered at the Jannuso home the morning of Tuesday, September 1 for the purpose of studying the phenomenon and collecting a sample of the tears for chemical analysis. After the tears were analyzed, it was found that they were of the same composition as human tears.

The Parish Priest bears witness to the fact that the doctors swore to this fact on The Bible. The pieces of cotton wool, which were soaked with the tears of the weeping Madonna, were send to different places around the world and many miracles occurred as in Spain. The Most Blessed Mother cries because the world does not pray anymore. People can no longer pray, as they are ruled and lead by pride and no longer turn to God. People no longer cry out in prayer to The Most Holy Spirit of God. They only trust in human knowledge and science, and no Longer in God. The first person to experience a miracle of healing was also the first to observe the weeping. From the time Antonina Iannuso first saw the tears, she recovered completely from severe toxemia and gave birth to a healthy son on December 25, 1953. Archbishop Baranzini officiated at the infant’s Baptism. The weeping bust of Our Lady of Syracuse in Italy was approved the next year by Pope Pius XII: October 17, 1954. 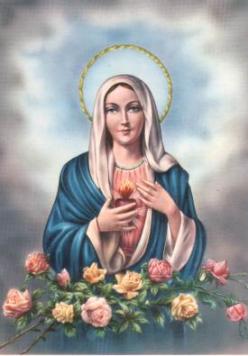