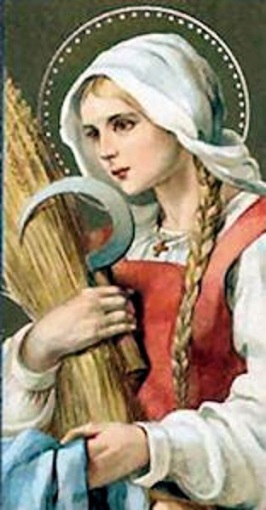 Born into poverty during the early 1200s, Zita was taught by her mother from an early age to seek God's will in all circumstances. She had already developed a strong prayer life by the time she was sent, at age 12, to work in the home of the Fatinelli family in Lucca.

When she was twelve years old, Zita went to Lucca, eight miles from her home, to be a servant girl of the Fatinelli family which carried on a prosperous wool and silk weaving business; and she remained in their employ until she died forty-eight years later.

Her daily work became a part of her religious life. She was wont to say:
“A servant girl is not pious, if she is not industrious; work shy piety is sham piety.”

At first, her employers were upset by her generous gifts of food to the poor, but in time, they were completely won over by her patience and goodness and she became a very close friend. St. Zita was given a free reign over her working schedule and busied herself with visits to the sick and those in prison.

Her feast day in the Roman Catholic Church is April 27. To this day, families bake a loaf of bread in celebration of St. Zita's feast day.

Soon after Zita's death a popular cult grew up around her, centring on the church of St Frigidian in Lucca. This was also joined by prominent members of the city. Pope Leo X sanctioned a liturgical cult within the church in the early 16th century, and was confirmed upon her canonization. In 1748, Pope Benedict XIV added her name to the Roman Martyrology.

During the late medieval era, her popular cult had grown throughout Europe. In England she was known under the name Sitha, and was popularly invoked by maidservants and housewives, particularly in event of having lost one's keys, or when crossing rivers or bridges. Images of St. Zita may be seen in churches across the south of England. The church of St Benet Sherehog in London had a chapel dedicated to her, and was locally known as St. Sithes. However, despite her popularity at this time, the cult was not an official one. 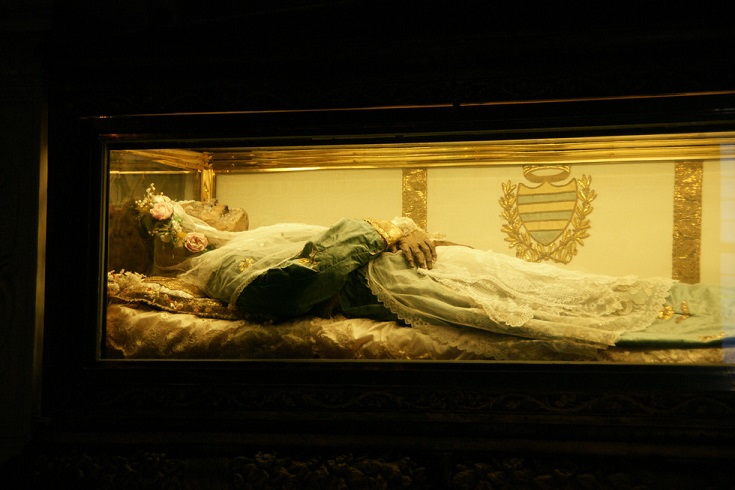 The body of Saint Zita, found to be incorrupt by the Catholic Church