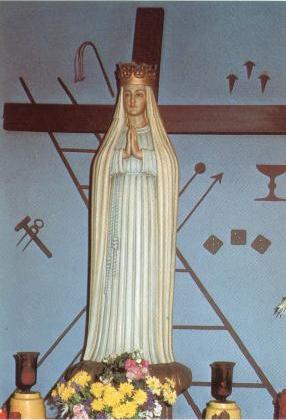 Queen of the Universe and Queen of poor souls

The village of Heede is located on the banks of the river Ems, in Niedersachsen, about 7 km. from the Dutch border at Boertange. In the time of National Socialism in the year 1937, the Blessed Virgin Mary appeared with the baby Jesus on her arm to four children between the ages of 11 and 13 (Grete Ganseforth, Anni Schulte, Maria Ganseforth and Susanne Bruns). It was November 1, 1937, the feast of All Saints and in the parish church "St. Petrus in Ketten" believers pray the "Toties Quoties Indulgence" of the deceased. Among these believers was eleven-year-old Grete Ganseforth, who had left the church with her sister Mary in between prayers. When she has arrived at a distance of about 300 meters from the church in the old cemetery, she sees a beautiful radiant figure, standing a meter above the ground between two trees. Mary smiled at the first apparition and was surrounded by a shining star. When the apparition has disappeared again, Grete whispers to her sister Maria: "I believe the Mother of God stood there". "Are you crazy?", her sister responds. "After all, you cannot see the Mother of God and people will laugh at us". They both go back to the church to pray.

The 4 seers of Heede 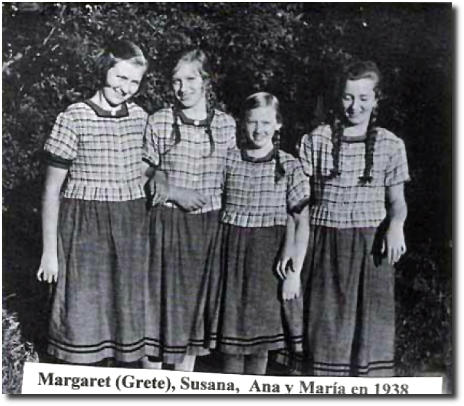 After the usual six Our Fathers, six Hail Marys and Glory to the Father, the two sisters go out again, accompanied by two peers. Arriving at the old cemetery, the four children see the Apparition. This one looks at the children kindly. They are convinced that the Mother of God stands before them. She is clothed in a white robe, which hangs down to the cloud on which She stands. From Her head falls a long white veil, covering Her left arm, on which She carries the baby Jesus. The Child sits upright and holds in His right hand a golden ball, above which a golden cross is visible. With a loose movement Maria puts Her hand on this sphere. The Mother of God wears an eight-pointed crown on Her head. The four children also see Mary on all subsequent days until November 13, 1937. Only on November 2, All Souls' Day, do they see the Blessed Virgin without the Infant Jesus. On that day the Mother of God stands before them with folded hands. Later, on Maundy Thursday 1938, Grete Ganseforth sees this same apparition again.

Because of this whole event, there is a joyful excitement among the population, both in Heede and in the entire surrounding area. But the Nazis get wind of this and they have already shown their anti-clerical face. They were annoyed that thousands of believers came to Heede to pray and also to be there when the children saw Mary. The four children were repeatedly taken away and interrogated by the authorities at the time. But on the night of November 13 to 14, things got really serious. The parents' homes were surrounded by soldiers and the children were taken away at six o'clock in the morning. First they were taken to the hospital, but there they couldn't do anything with the children. They were then taken to police headquarters. Three hours later they were taken to Göttingen, where they were delivered to a nervous facility by 10 pm, tired and hungry. Here they were examined and interrogated that same evening. Finally, they were taken to a large dormitory, where they could not rest either, because they were constantly harassed by the patients there.

During their six-week stay in the mental institution, the children were endlessly interrogated, interrogated, threatened and punished. Eventually they were so fed up that they stopped answering. But one thing they couldn't get out of their minds: "We've seen the Mother of God!" The youngest girl, Grete Ganseforth, repeatedly saw her Guardian Angel during these weeks, who supported and comforted her. However, the other three did not know this. The home front grew restless and objected to the treatment. Finally, thanks to the efforts of the church authorities, the children were released. They were allowed to leave the nervous facility two days before Christmas. By order of the Bishop of Osnabrück, they were taken from Göttingen and taken to the Maria Hospital in Osnabrück. Here they could recover from the misery they had experienced for four weeks. But they were not yet rid of the Gestapo. He gave them strict directions for the future. They were no longer allowed to visit the place of the Apparitions, otherwise both the children and their parents would be banished from Heede for good. As a check, a double guard post was stationed in Heede to be able to report a violation immediately.

Despite the great psychological pressure, the children still went to the cemetery in the evening. Until November 3, 1940, Mary is seen more than 100 times in different places; most where the choir of the Maria church is today. Some spots are marked with boulders. On one occasion, Mary with the Child Jesus on Her arm was also seen by Grete Ganseforth in St. Peter's Church. Since then, all baptisms have taken place on that spot and all children are consecrated to Mother Mary. The children see the Blessed Virgin for the last time on November 3, 1940, in the cemetery, where the first apparition also took place. Mary said to the children: "Now dear children, farewell the Blessing. Remain pious and good. Pray the Rosary often and gladly. Now Adieu, dear children, see you in Heaven". "Mother, we thank you," cried the heavily weeping children to the now disappearing Mother of God. Relatives present also started to cry.

On April 5, 1939, Maria Ganseforth asked, "Mother, how would you like to be honored?" Mary replied: "As the Queen of the Universe and as Queen of the Poor Souls". To the question: "In what prayer shall we venerate you?", the answer is: "In the Lauretan Litany". On October 24, 1939, Maria was especially kind to the children and ordered them to report everything to the clergy. On October 19, one of the children asked: "Mother, which sick person do you want to heal?" The answer was, "I will heal only those who come to me in the right frame of mind."

They always received affirmative nods to their subsequent questions. To their question: "Should we pray?", Mary replied: "Children, you still have a lot to pray".

The fact that Mary appears with the Child Jesus on Her arm means: She brings us Christ. He is the King of the Universe. And this Universe He carries in His right hand. Mary gives it Her blessing and holds Her hand over it, as a mother holds her hand over her children.

In summary, we can establish the following:
- Mary asks to pray a lot, preferably the rosary;
- She wants us to live godly.
By praying and living godly we render a service to Mary: the Queen of the Universe and of Poor Souls. Through prayer we can help those people who need extra grace from God. Those are poor souls here on earth as in purgatory.

On the basis of these events, Heede developed into a much-visited place of pilgrimage and on March 25, 2000, the apparitions there were recognized by the Bishop. Pope Urban VIII has stated in a decree: "These events have only human and historical reliability. A final decision on them is reserved for the judgment of the Church".
Busy services are held every first Saturday evening of the month. At 10 o'clock in the evening there is a Holy Mass in both the Peter and the Maria Church. Often a light procession is held over the cemetery afterwards. Until deep into the night, 6 sometimes 7 priests offer the opportunity to confess. People come from far and wide in many buses. More and more Dutch people come to this place on pilgrimage. The inhabitants of Heede are very friendly and helpful.

A personal note from myself:

As you have read above, the children had a terrible time under the Nazis. If these children between the ages of 11 and 13 had made up the Marian apparitions, they would have admitted it on the first day of endless interrogations, interrogations, threats and punishments. These children really saw Mary. In my opinion you can be sure that Mary appeared in Heede. Here's another place where heaven meets earth. As in Banneux (Belgium), Mary emphasizes: "Pray a lot!" Answers to prayer and healings have taken place in Heede. Many have also been brought back to the true church.
In Lourdes in 1858, Bernadette Soubirous had also endured the same misery, interrogations, threats, humiliations, etc. A newly ordained priest, who had to keep a close eye on her during the apparitions, later declared: "What perfect peace! What calmness "What loftiness! It is impossible for a child to invent such a thing; so pure, so lovely. It was as if I were standing on the threshold of Paradise."
A short part from the story of Fatima: "Then the interrogations began and, as always, they wanted to wrest from the children the secrets that Mary had given them. But no one succeeded". For example, the mayor of Fatima would have locked the children in the municipal prison and threatened to kill them if they did not recant their story. Little Jacinta even said: "rather die". At each place of pilgrimage, let us remember the seers who, despite their suffering, persisted in the authenticity of the apparitions of our Heavenly Mother, who appears to have chosen them to convey a divine message. 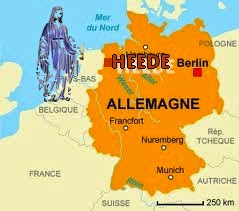