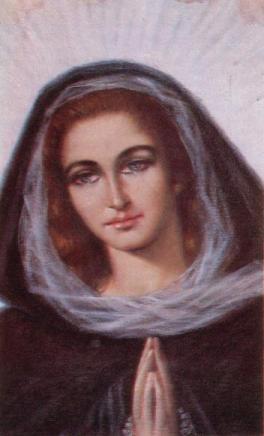 I am Our Lady of Sorrows

In Spain, on June 18th 1981, on the Holy Trinity Cellebration Day, in the “Prado Nuevo” a valley in which the town of San Lorenzo del Escorial was founded, down the mountain where the famous Escorial Monastery is placed 4 kilometers away, was the date of the first apparition of Our Blessed Mother to the seer Luz Amparo Cuevas, married to a doorman, mother of seven children and working herself as a maid. She neither writes nor reads. She has had more than 500 apparitions and she is still currently receiving messages every month on first Saturdays.

Luz Amparo Cuevas was born on March 13th, 1931 in a very poor family in Peñascoza (Albacete). Her mother died when Amparo was just six month old. It is reported that even as a child Amparo suffered much. Her own stepmother sent the child to sell things on the street with instructions not to return home until all her wares were sold. As a result, it is reported that she frequently slept outside, under a tree and even covered with snow. Once when she was only nine years old, she was picked up for begging food on the street. In jail she survived on flour and water. Through all this, Amparo had a great love and devotion to the Blessed Virgin Mary. In a child's innocence, Amparo asked Our Lady: "Dear Mother in heaven, I would like to see my own mother. Take me where she is". Amparo believed Our Lady heard her prayer. She married to Nicasio Barderas Bravo. Together they had seven children. The suffering of Amparo continued into her marriage. Het husband struggled with an alcohol problem and with nearly constant unemployment; although, it is reported that she has had a sincere conversion. She has been living in El Escorial ( Madrid ) for more than 20 years and she works as home assistant. She was miraculously healed in Lourdes from a heart disease in 1977. She did not know how to pray, yet she always invoked Our Lady with childish mildness and had great compassion for everybody. She acknowledged the existence of a Supreme Being, yet she did not put to practice any of the Sacrements or any religious duty. 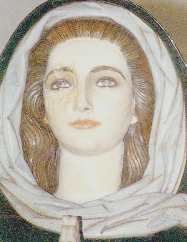 Today she has a Spiritual Guide in the person of Priest Friar Alfonso María Sendrín; a Discalced Carmelite, meaning barefoot or unshod. (Discalced Carmelites are Roman Catholic women and men, friars, nuns and and lay people, called to a life of contemplative prayer and ministry in the spirit of St Teresa of Avila and St John of the Cross). His spiritual Director says that Luz Amparo’s behaviour is humble, generous, that she is a fervent Catholic soul, obedient. The many testimonies of many witnesses exclude the possibility of a fraud or of a pathologic illusion, for the after effects or the fruits of such a possibility would have been quite different from what they are.

Messages of the Virgin, Our Lady of Sorrows

Due to the great ammount of messages and its length, it is impossible to include them all, so we decided to extract some of them, given in a wide period of years:

“Many souls err, are lost, waiting for somebody to save them. The sin of impurity greatly offends Our Lord. A big part of the clergy, that is Priests, Bishops and Cardinals are stepping on paths of perdition and it is because of them that many souls are condemned ”.

“Pray a lot, do a lot of penance so that everybody can be saved, the more you suffer and the more sacrifices you offer the more I will love you, for in that way you will help me suffer and ask for so many sinners that badly need it. Many souls are condemned because there nobody prays for them . They must correct their lives, they must dress in a proper way. Maybe we could save at least a THIRD PART OF MANKIND. They must mend their lives, they must dress with modesty".

“The Holy Rosary is my favourite prayer, we could save the whole mankind with it, we could end with a war if we wanted ; you must meditate every Mystery a little while after praying it. It is convenient that you say the fifteen Mysteries. I promise to assist anybody who prays the Rosary when that person dies.”

“Every day I will be present here in order to bless the Rosary to all the people who come to this place to pray”. 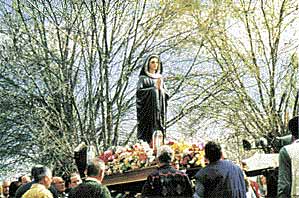 "They must have a reconciliation with God everyday, they must confess and consume the Sacred Host every first Saturday. It is very important to consume the Host with utmost devotion every month first Friday, in my Son’s honour . We must be constant in receiving the Holy Eucharist".

"You have to visit a lot the Holy Sacrement".

Our Lady insists on asking for prayers for the Pope, for the Priests, for peace in Spain, for the Vascongada region, for the world and particularly for full conversion in Russia. Insists on obedience and apostolate.

“Pride leads to every other sin in this world.You must be humble, and answer with humbleness every posible offense, With humbleness you can get anything, be humble and cry a lot so as not to fall into temptation.Ask for advice to your Spiritual Director , My Son will guide you. One must fulfill the Commandments and do Apostolate“ though you will certainly will have problems and will be persecuted for being God’s sons".

She speaks about the annunciation of a great miracle and of a chastisement:

“The consecrated souls’ sins offend Heaven and ask for Justice. There will come a Great Chastisement for all mankind, a chastisment the likes of which have never been seen ( since July 1981 Our Lady tells us that we are nearing it ). If you do not hear me there will be thousands of deaths and the Church will suffer a great decay, there will be no work and a new Great War will come.The Pope will be martirized. You are very near the Last Times. THE JUDGEMENT OVER THE NATIONS IS VERY NEAR. The Creator’s Day is coming”.

“God the Father will send two very big punishments. One will include wars, revolutions. The other one comes from Heaven. There will be great earthquakes in several nations, all Earth will be in darkness for three days, nothing will be visible, the air will be unbreathable, and during those dark days the ONLY LIGHT WILL BE PROVIDED BY HOLY CANDLES.The believers must stay at their homes saying the Holy Rosary and asking God for Mercy.The punishment will end with two thirds of Mankind. Nothing will happen to those who are with God and the Virgin”. 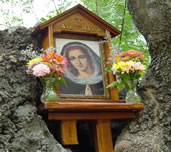 She speaks about Christ’s Universal Kingdom:

“My Son will destroy any bad herb and He will prepare a glorious rebirth in His Mercy’s Time.Then will come Peace and reconciliation between Men, mankind, and God.He will be served, adored and glorified; charity will shine everywhere, the new kings will be the right hand of the Church. Gospel will be preached everywhere and men will live in awe of God.The Holy Church will be mild, pious, strong, poor and meticulous in imitating Jesuschrist’s Virtues".

Finally, Our Lady says this:

“Give your Merciful Mother’s messages to all in the world, you must realize that there are many who still do not know them".

Dates of Each Apparition: 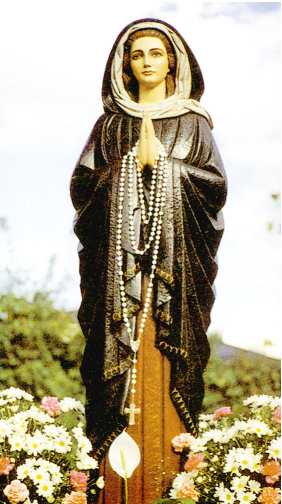