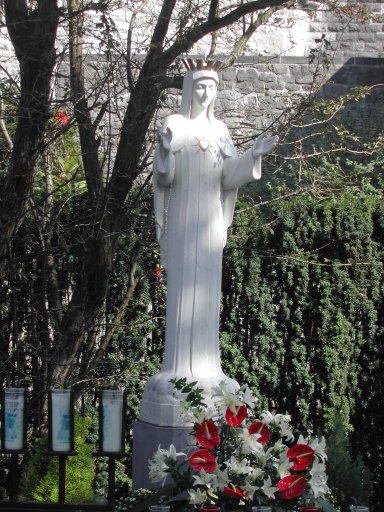 I am the Immaculate Virgin

The first few times that The Blessed Virgin Mary appeared in Beauraing, it was at some distance from the five children, Andree and Gilberte Degeimbre 15 and 9 years of age and Fernande, Golberte and Albert Voisin aged 15, 13 and 11 years of age. The Blessed Virgin remained there silently for a long. When she appeared the children were thrown to their knees whether they wanted to or not. This causes them to land on their knees with a hard bump, but there are no scars on their knees.

The 5 visionairs of Beauraing 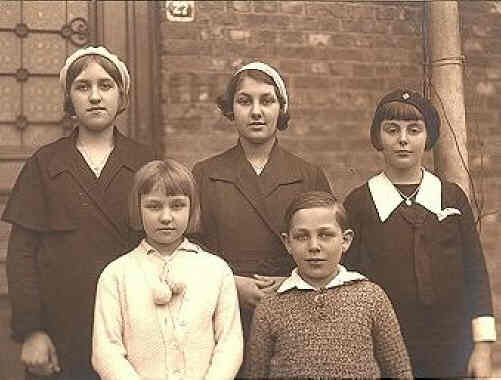 The Blessed Virgin appeared in Beauraing more than 30 times. The first time was on the 19th of November 1932 and the last on the 3rd of January 1933. They were not believed when they spoke of these apparitions, as happened at most of the other places where Our Lady appeared. The nuns at the boarding school, which they attended, forbade them to talk about the apparitions and were not prepared to pay any attention to what the children told them. But then at the fourth apparition, Our Blessed Lady moved Herself to the new building where the nuns lived and stayed there in the hawthorn bush. She opened Her hands by way of greeting, smiled and disappeared. Andree, Gilberte, Fernande, Golberte and Albert were not boarders at the school, but the Mother Superior made them stay at home the next evening. The children obeyed, but spent the night crying and praying.

The apparitions in Beauraing all occurred in the evening, which resulted in a lot of people being present. The first days, Our Blessed Lady seemed to be waiting for the children and appeared to them whilst they were praying the rosary. When the children see Her, their voices become higher in tone and seem to form one single voice/sound. A few hundred people pray vigorously with them during the pure silence. The nuns who hear this wonder what on earth they should think about this. Meanwhile they follow the orders of the Deacon and keep the gates shut and they do not appear. Then on the 8th of December, early in the morning, a large number of people attend confession, many of whom are clearly converts. An enormous amount of people go to Holy Communion. After Holy Mass there is a procession to the hawthorn bush. There are coaches from Charleroi, Merziere, Givet, Dinant, Namur, St.Hubert and Brussels. Extra trains are put on from Dinant and the Ardennen.

At three o'clock in the afternoon the grounds of the convent are choke-a-block with people, as is the street. The police maintain order and the people sing, 'stretch Your Blessed Hand out over Belgium'. The area around the hawthorn is ablaze with lighted candles. Then the gates to the convent are shut, which did not prove to be easy. All the candles are extinguished, the police continue to patrol the ground and area to protect the nuns property and to prevent the people from forcing their way through the gates. At 6.p.m. the children arrive and a shout is heard: 'She is here!!! They all drop to their knees, pray the Hail Mary and ask The Blessed Virgin to speak. But there are no words, just a smile. Then they all pray the entire rosary and the apparition remains visible throughout this time.

There are six doctors who want to watch the children and to do tests. They let an electric lamp pass the eyes of the children and one doctor sticks a needle fairly deeply into one of the children and places a burning match on the hand of the little girl. The match burns completely up and dies, but there is no sign of any sensitivity. The children upon hearing of this later are very surprised and there is no mark of any burns on the girl. The doctors agreed unanimously that the children were in a state of total ecstasy. The children are questioned separately, but there is absolutely no difference in what they say. It is fantastic to hear the youngest child tell what The Blessed Virgin looked like. But people do understand that The Blessed Virgin did appear. The girl also had been given a request. It is not until the 21ste of December that Our Lady says in Beauraing who She is:

I am The Immaculate Virgin 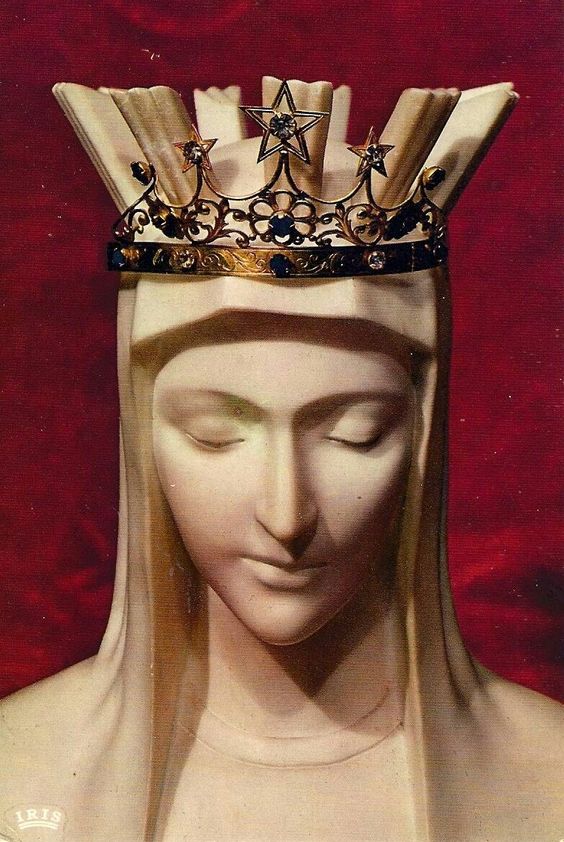 And on the 23rd of December in Beauraing the Blessed Virgin Mary says: "I would like a church built here so that people can come here on pilgrimage." On December the 29th Fernande hears Her say: "Pray, pray a lot!!." Her little sister, on the 1st of January hears, 'Pray always.' And then on the 2nd of January Our Lady says; " Tomorrow I shall tell each one of you something very special." January the 3rd is the last day of the apparitions and definitely the most important day for announcements.Albert received a secret which he has never disclosed and his little sister Gilberte was given, by, the Blessed Virgin Mary:

The great promise of Beauraing:

"I shall convert the Sinners"

What a wonderful promise!! from THE IMMACULATE VIRGIN. From Her Mother Heart, that has great sympathy and suffers with all who pray for the conversion of their loved ones. Because they long for all to be one, unified in The Love of God. To show Her Mighty Power, she says to Andree:

"I am the Queen of Heaven and the Mother of God; pray always"

To Fernande, who at first had not noticed anything and therefore continued to pray for longer. To her Our Lady said the following:

Everybody hears Her say: "Adieu!" In the apparitions which occurred after the 29tth of December the children continually see 'A heart surrounded by rays of light'. This is why people here call Mary:" Mother with the Golden heart".

The feast day of Our Blessed Lady of Beauraing was placed on the liturgical calendar on the 22nd of August which was the feast day of the Immaculate Heart of Mary.
Then when the liturgical calendar was revised this feast day was called: "THE QUEENSHIP OF THE BLESSED VIRGIN MARY". In order to celebrate this feast in Beauraing you must a the latest be in Beauraing on the 21st of August so that you can then join in with the spiritual, personal preparations for the feast day. It is like putting on your spiritual party clothes!

The last visionary of the Beauraing apparitions, Gilberte Degeimbre, born in Wancennes on 13 August 1923, passed away February 10, 2015. She Died in Mont-Godinne at the age of 91 years. The five Beauraing children are again united.

"These apparitions in Beauraing are fully approved bij the Holy See: July 2, 1949"

One year later, in 1933, the Blessed Virgin appears again;
this time in Banneux (Belgium)