The black Madonna of Einsiedeln 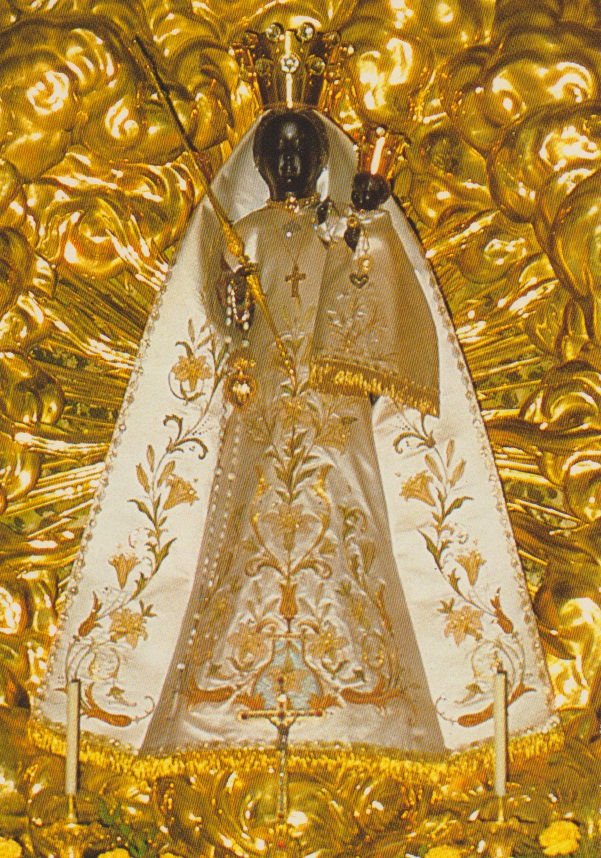 In the legend of the Einsiedler angelic consecration, it is reported that Christ himself, accompanied by angels and saints, consecrated Meinrad von Einsiedeln's former hermitage in a chapel on September 14, 948.

For more than 1000 years, people have come on pilgrimage to the Einsiedeln Monastery, which lies amidst a breathtaking landscape with a deep blue lake and rugged mountain peaks.

The miraculous statue of the hermit, the Madonna standing with the child on her left arm, came to the Holy Chapel in the summer of 1466. The monastery fire of April 21, 1465, which broke out in the Holy Chapel, had destroyed the older Madonna image. It is uncertain whether the photo was commissioned as a new miraculous image or whether a statue in the monastery was used for it.

In 1815, Maria Elisabetha Nägel, a bourgeois virgin, was cured of her obsession at the pilgrimage site of Maria Einsiedeln at the age of 36. For a year and a half, the pious woman has been suffering from terrifying attacks, against which the doctors' medicines are ineffective. Together with her parents, she has already made several attempts to find relief through a pilgrimage.

But as the time of the trip drew near, the unfortunate woman began to race. To stop worrying, all sacred and sacred objects were immediately removed from her room and the name of Jesus was no longer spoken in front of her. When Maria Elisabetha Nägel wants to participate in Holy Communion, her whole body becomes restless, her head is shaken, her chest is raised and her voice makes noises like a dog. It was not until she returned from her trip to Einsiedeln in October 1815 that she was healed. This is how the hermit miracle attestation describes it and the witnesses confirm it.

The Chapel of Mercy is the center of the pilgrimage site in Einsiedeln. People from all over the world pray to the Black Madonna here. But it is not the center of the Holy Chapel, but the altar where the Eucharist is celebrated several times a day. Mary always points from herself to Jesus Christ and leads us to Him. Meeting him is the heart and center of every pilgrimage.

In addition to the celebration of the Eucharist, the Sacrament of Reconciliation and Eucharistic Adoration are particularly privileged places to meet the Lord. We are delighted to now be able to offer the Most Blessed Sacrament for silent worship in the Lower Church in the afternoon from 1:15 pm to 4:00 pm, year round. This we owe to devoted believers who are also present in the lower church during winter and worship. With this extensive offer of Eucharistic adoration, we hope that even more people in Einsiedeln will feel at home with Mary and her Son Jesus Christ.

But we monks of the monastery Einsiedeln, to whom the sanctuary of the Holy Mother Mary has been entrusted, want to offer everyone a spiritual 'home' where they feel welcome and at ease. Although a solemn liturgy is important to us in the tradition of the church and our monastery, we are increasingly aware of the need for accessible offers in addition to the classical forms of worship. We would also like to give access to God to people who are far from the Church and who have less faith practices. For this reason, we are offering simple blessings with a personal blessing in the Chapel of Mercy in 2020.