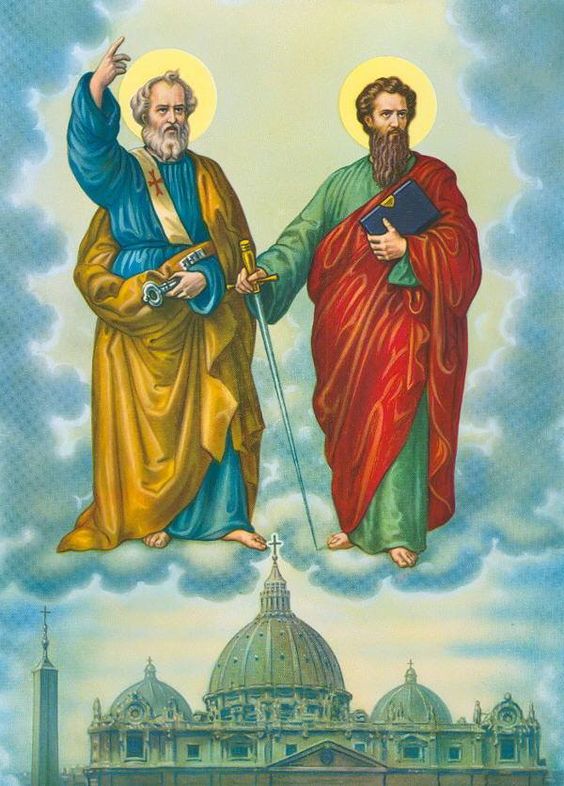 Jesus chose his closest followers very carefully. He needed people He could trust to send out his message and to continue the work when He was no longer around to lead the nascent Christian movement. The word "disciple" refers to a "learner" or "follower." The word "apostle" refers to "one who is sent out." While Jesus was on earth, the twelve were called disciples. The 12 disciples followed Jesus Christ, learned from Him, and were trained by Him. Jesus sent the disciples out (Matthew 28:18-20; Acts 1:8) to be His witnesses. They were then referred to as the twelve apostles.

The names of the twelve apostles are:

Matthew 16:18: You are Peter; and upon this rock I will build my (chair) church, and the gates of hell shall not prevail against it.

His life is prominently featured in the New Testament Gospels and the Acts of the Apostles. Saint Peter was originally named "Simon, son of Jonah". His mother is nowhere named in Scripture. He was born in Bethsaida, a town on Lake Genesareth. The Apostle Andrew, who first brought him to Jesus, was his brother. Simon was renamed "Peter" (rock) by Jesus to indicate that Peter would be the rock-like foundation on which the Church would be built. Peter was married.

He and Andrew, both fishermen, were called by Jesus to be disciples at the same time as James and John, the sons of Zebedee. Peter's honored position comes out most clearly in two high points of Jesus' ministry, when Peter confessed Jesus to be the Christ and was told": “Upon this rock I will build my church”; and when he, together with James and John, was chosen to see the Transfiguration. After the Last Supper he, again with James and John, witnessed Jesus' agony in Gethsemane. When Jesus was betrayed, Peter drew his sword to defend him, but denied him later in the same night, as Jesus had predicted he would. After the Resurrection, Jesus appeared by the Sea of Galilee and charged Peter to “feed my sheep”.

Saint Peter suffered martyrdom under Nero. He was crucified in the year 64 with his head downward, because he claimed he was not worthy to die in the same manner as Christ. His body is buried on the hill of the Vatican where recent excavations have revealed his tomb on the site of the basilica of Saint Peter's. He is traditionally regarded as the first bishop of Rome. 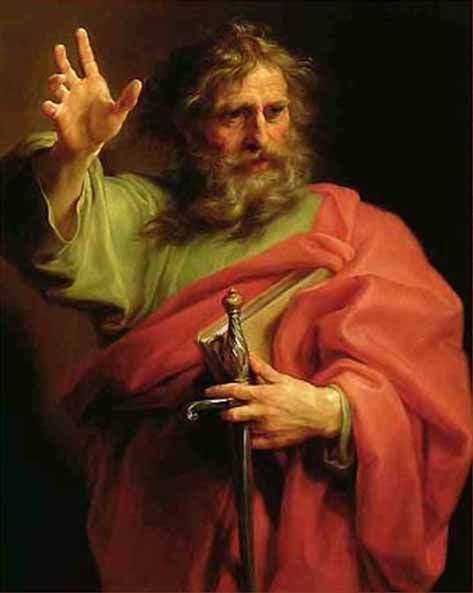 The second important founder of Christianity is Paul of Tarsus, originally Saul of Tarsus, also called the 13th apostle. Saint Paul was born about the same time as Our Lord. He called himself the Apostle to the Gentiles. Paul did not know Jesus in life but was converted by a miraculous event known as the Road to Damascus. Saul, the Jew, hated and persecuted Christians as heretical, even assisting at the stoning of Saint Stephen the Martyr.

On his way to Damascus to arrest another group of them, the most famous conversion in the history of Christianity took place. Saul was knocked to the ground. A heavenly light shone down suddenly from heaven, encompassing Saul. He heard Jesus Christ's voice, "Saul, Saul, why persecutest thou Me?" This man, who hated Christ and all Christians, capitulated in the front of the living God. Then Jesus told him to go into Damascus, and there he would be told what to do. Paul became blind and did not eat or drink for three days. In Damascus, the Lord sent a disciple called Ananias to him, who restored his vision, filled him with the Holy Spirit and baptized him.

After he was baptized, he changed his name to Paul to reflect his new persona, and began travelling and preaching about Jesus in the synagogues in Damascus. The Jews wanted to kill him, but he escaped with the help of some Christians who lowered him in a basket from the top of the city wall. He spread Christianity. Many Christians view him as an important interpreter of the teachings of Jesus. He is considered by many Christians to be the most important disciple of Jesus, and next to Jesus, the most important figure in the development of Christianity. Three years after his conversion, Paul journeyed to Jerusalem to meet with Peter and stayed with him for fifteen days.

The apostle Paul was executed in Rome during the persecution of the emperor and madman, Nero. Nero’s persecution of Christians lasted for four years, from 64 to 68AD. It was also during this persecution that the apostle Peter was executed. As a Roman citizen entitled to a quick death, Paul was beheaded with a sword near Rome, possibly on this day, June 29, 67. Paul was the most notable of the earliest Christian missionaries, together with the disciple St. Peter. His body was interred with Saint Peter's in the the catacombs, "ad Catacumbas". Via Appia, where it remained until moved by Lucina and Pope Cornelius into the crypts of Lucina.