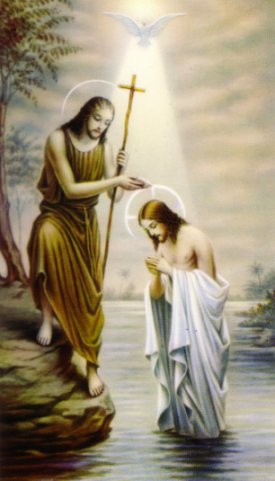 John the Baptist is regarded as a prophet by three religions: Christianity, Islam, and Mandaeanism. He is the forerunner or precursor of Christ and forms a link between the Old and New Testaments. He is considered the last of the Old Testament prophets and the first of the saints of the New Testament, where his story is told. John was the prophet who preached the coming of Christ as the Messiah.

He was born in a priestly family, but he didn't become a priest as expected. All four Gospels say that John came as a prophet to prepare the way before Jesus. He was the son of Zachary, a priest of the Temple in Jerusalem, and Elizabeth, a kinswoman of Mary who visited her. Jesus Christ and John the Baptist were related. Their mothers, Mary and Elizabeth, were cousins.

John the Baptist was born 6 months before Jesus Christ (as Zachary was ministering in the Temple, an angel brought him news that Elizabeth would bear a child filled with the Holy Spirit from the moment of his birth. Zachary doubted and was struck dumb until John's birth). Thirty years later, in the fifteenth year of Tiberius Caeser, corresponding to what we would call the year 26 A.D., John began a ministry of baptism. He was a priest and priests began their work when they were thirty years old, wearing a leather belt and a tunic of camel hair, living off locusts and wild honey, and preaching a message of repentance to the people of Jerusalem. He converted many, and prepared the way for the coming of Jesus.

John was in a wilderness area on the Jordan river. People came from all over, especially from Judah and Jerusalem, to hear John preach and to heed his call to repent of their sins and be baptized. Baptism shows that a person wants the old sinful character to die and be buried and to rise up out of the water a new character, forgiven of their sins and beginning a new life of overcoming sin. The people who were baptized were apprehensive about John's message. They knew that it was very near the time the Messiah was prophesied to appear. The people asked him, "What shall we do?" He answered, "He who has two coats, freely give one of them to someone who has none. He who has food, give some to someone who has none."

Seven hundred years before the birth of Jesus, the prophet Isaiah wrote how the Messiah would be "led like a lamb to the slaughter" as a sacrifice to take away our sins (Isa. 53:7). That is why, when John saw Jesus coming toward him, he pointed to Him and said to his disciples, "Look, the Lamb of God, who takes away the sin of the world! He baptized Christ in the Jordan river, after which he stepped away and told his disciples to follow Jesus. John the Baptist is a different person from the apostle John, for whom the Gospel of John is named... In speaking of Jesus, John said: "I have baptized you with water, but He will baptize you with the holy spirit".

John had publicly reprimanded King Herod for taking his brother Philip’s wife, Herodias as his own, so Herod had him imprisoned. Herodias held a grudge against John for this and greatly desired to kill him. Herod too wanted to kill him but he also considered John to be a just and holy man and the people considered him a prophet so he was afraid to kill him. He also liked to listen to John though he became quite upset when he did.

About a year passed after the Forerunner’s imprisonment, when Herod celebrating his birthday gave a banquet for his courtiers, and officers, and a thousand leading men of Galilee. Salome, the daughter of Herodias and stepdaughter of Herod, also came to this banquet. She danced for Herod, which pleased him and his guests. The dance so delighted Herod that he swore to Herodias, daughter that he would reward her with anything she asked - up to half his kingdom. She didn't know what to ask so she went out and asked her mother. Herodias told her to ask for John's head on a platter. So she went back in to the party and demanded John the Baptist's head. This barbaric request startled the tyrant himself; but governed by human respect he assented and sent a soldier of his guard to behead the Saint in prison. The soldier fulfilled the order of the king, brought the head of John the Baptist on a platter and gave it to Salome, and Salome gave it to her mother Herodias. Afterward John's disciples buried his body, and went and told Jesus (Matthew 4:3-12; Mark 6:17-29).

Thus died the great forerunner of our blessed Saviour, some two years after his entrance upon his public ministry, and a year before the death of the One he announced.
When his disciples heard of the death of John the Baptist, they came, and took his body, and laid it in a tomb. The date of John the Baptist's death, 29 August, assigned in the liturgical calendars can hardly be relied upon, because it is scarcely based upon trustworthy documents. His burial-place has been fixed by an old tradition at Sebaste (Samaria). His relics are in Saint Sylvester's church, Rome, Italy, and at Amiens, France. 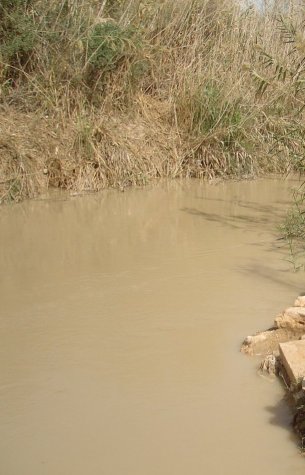 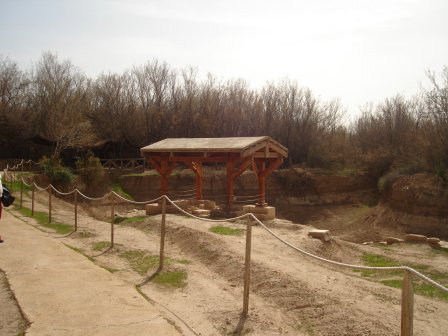 Beheading of Saint John the Baptist 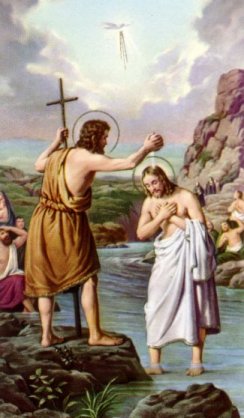 O Divine Savior, Saint John was zealous in his preaching about the need to repent because he wanted everyone to be reconciled with You. So strong was his conviction that he could not keep silent, even when he knew his honesty came with a cost. I ask him to intercede for me as I identify the sins in my world. Help me to speak up when You want me to get involved—in the pro-life movement, in helping our society elect holy men to political office, in challenging others to let go of their attachments to money and possessions for the sake of the needy, and in fighting evil wherever it abounds. Saint John, pray for me.
Amen.