Blessed Gianna Beretta Molla was born in Magenta, near Milan, Italy, on October 4, 1922, the 10th of 13 children. Already as a young girl she willingly accepted the gift of faith and the clearly Christian education that she received from her excellent parents. As a result, she experienced life as a marvellous gift from God, had a strong faith in Providence and was convinced of the necessity and effectivneess of prayer.

As a teenager and young adult, she was a member of the Saint Vincent de Paul Society and volunteered her time to work among the elderly and poor. At the same time she diligently applied herself to her studies, earning degrees in medicine and surgery from the University of Pavia in 1949. The following year, she opened a medical clinic in Mesero near her hometown. She specialized in pediatrics at the University of Milan in 1952 and thereafter gave special attention to mothers, babies, the elderly, and the poor.

While working in the field of medicine - which she considered a "mission" and practised as such - she increased her generous service to Catholic Action, especially among the "very young" and, at the same time, expressed her joie de vivre and love of creation through skiing and mountaineering. Through her prayers and those of others, she reflected on her vocation, which she also considered a gift from God. Having chosen the vocation of marriage, she embraced it with complete enthusiasm and wholly dedicated herself "to forming a truly Christian family".

In her life as wife and mother, Gianna entrusted her future to our Blessed Mother. In 1954, a Marian year, Gianna went on a pilgrimage to Lourdes, France as a doctor accompanying a train of sick people. After returning from Lourdes she confided to a friend: ''I have been to Lourdes to ask Our Lady what I shall do: to go to the missions or to marry. I reached home ........and Pietro (her future husband) came in!". When Gianna met Peter Molla, she knew he was the man God had picked for her. They married and Gianna told her husband: "I want really a christian family, where God is like one of the family; a little cenaculum where He can reign in our hearts, enlighten our decisions and guide our programmes."

After their marriage in 1955, three children were born: Pierluigi (1956), Maria Zita (1957), and Laura (1959). After the baptism, each child was entrusted to the special protection of Our Lady of Good Counsel. However, when she became pregnant again in 1961, the doctor suddenly learned that a fibroma was developing in her womb. The baby was now in its second month. Scientist and pediatrician as she was, Dr. Molla appreciated the threat that the growing tumor presented to her life if she did not undergo an operation. But the uterine operation would have meant death for the unborn baby.

Gianna had to make a heroic decision. Physicians diagnosed a large ovarian cyst that required surgery. The surgeon suggested that Gianna undergo an abortion in order to save her own life. Gianna was firm in insisting that the doctors do to her whatever they like provided they save her child. She underwent the surgery. Some months later, on Good Friday, Gianna was admitted to Monza Maternity Hospital. The medical examination revealed a large, healthy baby and a life-threatening septic peritonitis. On April 21, 1962, Holy Saturday, Gianna delivered her last child whom they named Gianna Emanuela after her mother. Gianna had acute abdominal pain. She refused pain medication because she did not feel it was just to appear before the Lord without much suffering. Seven days later she died while repeatedly exclaming, "Jesus, I love you. Jesus, I love you." It was April 28, 1962. She was 39 years old. Her body lies in the cemetary of Mesero, 4 km. from Magenta. 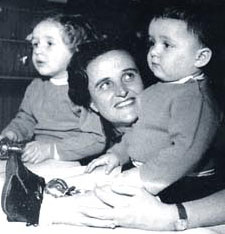 On April 24, 1994, Pope John Paul II beatified Gianna Beretta Molla, mother of a family, in St. Peter’s Square in Rome. The Pope said that her witness was a hymn to life. At the beatification ceremony, the Holy Father greeted and blessed at his throne those whom the heroic pediatrician had left behind in God's good hands: her husband Pietro, one of their older children, and Gianna Emanuela Molla, just turned 32. The pope blessed the young woman, but Gianna Molla knew she had already been blessed from conception by the hand of God. St. Gianna Molla continues to remind the Church and the world of the necessity of a consistent ethic of life, from the earliest moments to the final moments of human life. We are being called to heroism by our choice of life. Let us ask St. Gianna to give us the courage to take the next step. On Sunday, May 16, 2004, Pope John Paul II canonized Blessed Gianna Beretta Molla and pro-life advocates have cited her as an inspiration in the fight against abortion.

Gianna Emanuela must feel that her mother loved her so much. So much to give her life so that Gianna Emanuela could live. What a beautiful thought to carry through life. What richness! And Gianna's sibs knew that the most important thing to their mother was the well being of the children. Since Gianna loved Gianna Emanuela that much, they can be sure their mom loved THEM just as much. Dr Gianna Beretta Molla had written: "Look at the mothers who truly love their children -how many sacrifices they make for them. They are ready for everything, even to give their own blood so that their babies grow up good, healthy and strong." 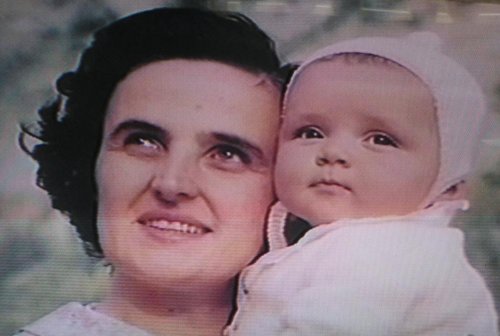 O God, Who has said that there is no greater love than that of giving one's life for the beloved person, we thank You having given us in Blessed Gianna a shining example of true love and respect for life. Help us understand, to live and to spread this, her message: Revive in all wives in the world the sense of their mission and the respect for every life which is God's gift, at the cost of sacrifice. Give us the grace that we await and the joy of proclaiming Saint Gianna who, on the example of Jesus, has generously given her life for the life of others. Through Christ our Lord. Amen. 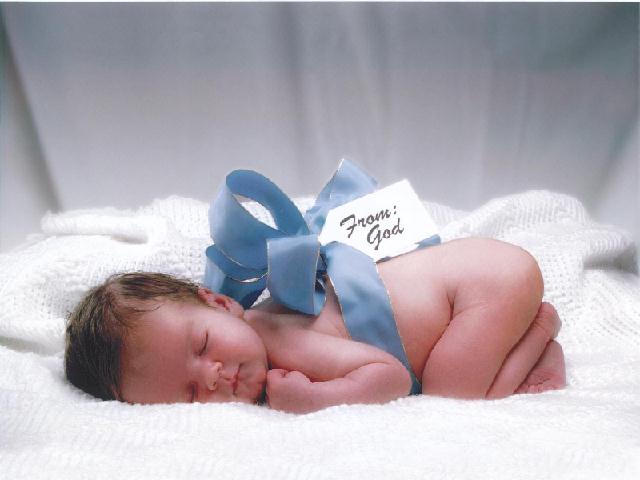