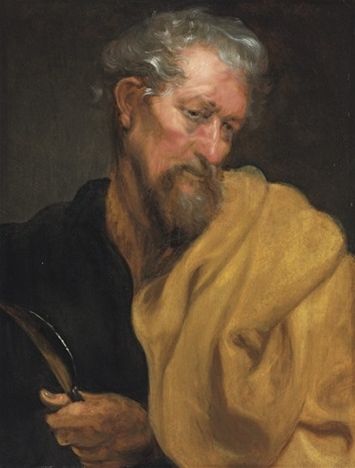 Bartolomew was one of the twelve disciples whom Jesus himself had chosen as his closest circle of friends (Matthew 10.03; Mark 3:18; Luke 6:14).

He may have become a follower of Jesus through the apostle Philip and, after His death and resurrection, served as a preacher in Armenia, Mesopotamia, and India. In the middle of the first century, Bartholomew was killed in Albanopolis by being skinned alive and then beheaded.

We have no messages of any importance about Bartolomeus; in fact his name always and only appears in the lists of the Twelve quoted above, and never occurs in the middle of a story. But traditionally he is identified with Nathanael: a name meaning "God has given."