The Blessed Virgin Mary appears in Celles in 1686 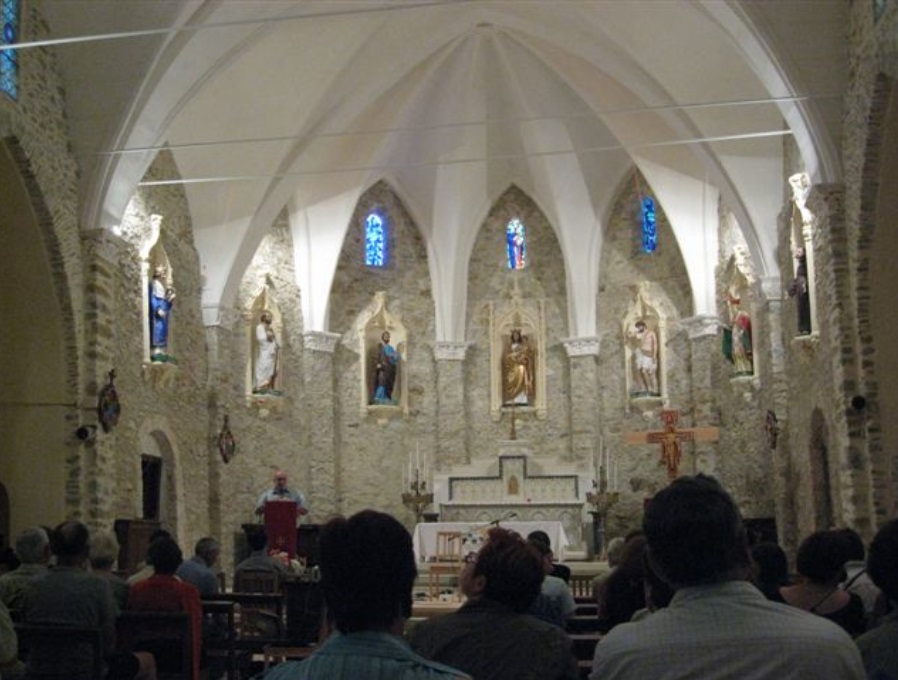 The town of Celles in France is located at the beginning of the Lesponne Valley, on the RD 117, between Saint-Paul-de-Jarrat and Lavelanet at the foot of the Pyrenees.

He raises his head to contemplate the green landscape and addresses a prayer to the Creator as he follows the path that leads to his parents' farm.

At that moment he sees a white dove walking in front of him.
The pigeon flies to the water source, and seems to want Jean to come. At the well, the pigeon turns into a little girl and then into a young woman. She says that Jean should not be afraid: "I am the Blessed Virgin."

Together they kneel at the well and pray.
Maria tells Jean that the villagers should "repent" - that is, repent and live without sin again. The quarrel and discord in the village must be over. If the women who beat the pastor and the lord who imprisoned the other pastor want to get to heaven, they must repent.

"Let the whole village do penance, live piously, and organize eight processions, and it will be all right."
Mary longs for peace to return to the mountain village of Celles; Jean is her messenger. He has to leave his spade. Later, when his brother goes to get the spade, he sees that a cross of three oak leaves has formed on the shaft of the spade. The villagers believe Jean's message. They repent and comply with requested processions.

A few weeks later, the Blessed Virgin reappears to Jean to thank him. She also tells him that "the water from the well will be beneficial." And indeed, sick people who drink the water from the well report that the water has healed them. Soon pilgrims from far and wide come to Celles to pray to Mary and drink the spring water. The archives bear witness to several miraculous healings

Less than six months after the event, a report already mentions 42 cases of miraculous cures in a wide variety of illnesses, but mostly involving the eyes.

One climbs the stony mountain path to the source on one's knees, to do enough penance. A chapel soon arose and was consecrated in 1695.

To reach Notre-Dame de Celles, you have to cross the whole village and take a small road that climbs to quickly arrive at the place called Pla Rouzaud, where the chapel stands.

The chapel of Pla-Rouzaud is now on the site of the apparition of the Virgin Mary in 1686.

The original chapel dating from 1695 was destroyed

In the 19th century, the chapel is restored and expanded, for which gifts pour in from all over France. The source, which was originally under the chapel, is moved a few tens of meters. In 2000 the chapel was in such a bad condition that it had to be renovated. That happens, and in 2008 the chapel will be reopened for prayer and visits. A local association takes care of the maintenance and the diocese again organizes spiritual gatherings. The source is unfortunately less well maintained in 2020.